The Secret Life of Pets reviewed

I met up with a friend last Saturday. We ate lunch at the food court, talked a bit, one thing led to another, then we watched a movie. Actually, it was yet more straightforward than that. We texted during the week, and agreed to see Secret Life. From what I’ve heard, the family flick was worth the wait. While the film had screened across most countries, Australia was one of those lagging behind on the release.

No worries: apart from the packed men’s toilets, everything went swell. I got some Mexican for lunch, and we discussed the past month, as well as the next one. He told me that he planned on doing a horticulture course, and work was rather uneventful but fine. We somehow touched on the topic of zoos, and he asked which Aussie zoo housed the pandas. Adelaide zoo, I answered. They’re big but very gentle, he said. Yep, and not very ‘procreative’, I told him. You mean they don’t really get into it, he said. Mostly not, I said.

‘Salamat po’
Isn’t thank you in Tagalog, ‘Salamat po’? Yeah, spot on, I said. We both tittered after that. I remembered it just now, he said, someone told me before. After that I ducked into the loo, before we went round the mall. Soon it was time for the movie. The film per se wasn’t that long, but there was a whole heap of ads and trailers before that. I’m not the first patron to yap about those ads, and won’t be the last.

Snowballing
The feature was all of ninety minutes, and it held my attention for most of that. Billed as a buddy adventure comedy, it stars funny men Louis CK and Kevin Hart. A laugh out loud tale of owners and pets, of friends and frenemies, that take us from uptown Manhattan to the heart of the sewers. As the feisty rabbit Snowball, Kevin Hart was at his comedic best. The movie had its fair share of laughs, and the brash Snowball, complete with his black lingo, ensured this. 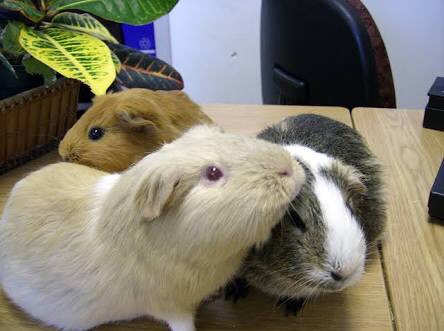 The movie was rich in critters, big and small

From the start, the target audience was clear. Families came in spades, as this was the first weekend of showing. The kiddos loved it, and their laughter filled the cinema. For me, I appreciated the laughs, although the music and occasional bangs were distracting. Though not as loud as Bourne from the previous month, it wasn’t that soothing either. The movie wasn’t something you’d breeze through. In a way, it was like Lego Movie: an all around fun flick that was noisy. I’m thankful I didn’t see Lego in vmax, for the reasons outlined above.

The focus on friendships, crushing, and humour makes this a loveable movie for the whole family. Audiences the world over would agree, given the film’s taking in box offices. Though a little fast paced since it’s an adventure film, most little ones would keep up. As a tale involving the bond between humans and pets, it’s something that would relate to many. Likewise, a small love story develops between the Pomeranian Gidget and Max, the main character. As Gidget has had a long crush on the latter, she resolves to lead the search for Max upon learning he’s lost. She enlists the help of the captive hawk, Tiberius, and his attempts to curb his thirst for prey is comical. The tireless quest of her disparate friends to find missing Max, from the sewers and rubbish bins to vibrant Brooklyn, is what makes this story pulse. The plot highlights the loyalty between canine and owner, and paints a vivid if contrived picture of what our pets are up to when we’re away. Both my friend and I liked the movie; no doubt worth the price of admission.
****