What would you do if you woke up one day and suddenly realised you were different?
I’m not talking bout having superpowers, but rather sounding different. When I was in the Philippines, everyone spoke English the same way. I never heard an idiosyncratic drawl: you basically got different faces, different backgrounds, but the same Pinoy accent. Naturally, having spent years there, I’d sound Filo. Then after moving, I realised that I was off the mainstream. Not having an Aussie accent pushed me beyond the hegemony.

Filos in Sydney
Once I was in Myer with other Pinoys speaking our language when this FILO pair saw us and started muttering in English, as if we Indios wouldn’t understand the King’s language. Another time I was with a friend when I saw these two older Filipino wives. I heard them first, speaking TAGALOG. I paid little heed to them when suddenly I realised that the two were silent. Clearly they were eavesdropping, having heard my accent. Their behaviour made me feel so annoyed. This other occasion, I was out with family and speaking Filipino. Suddenly these two bony oldies started laughing, saying they were from the same area as us. In no time, the two departed JB Hifi. I’m not alone in noticing a trend out of my compatriots. The filo accent makes you a marked man, especially to your fellow Pinoys. 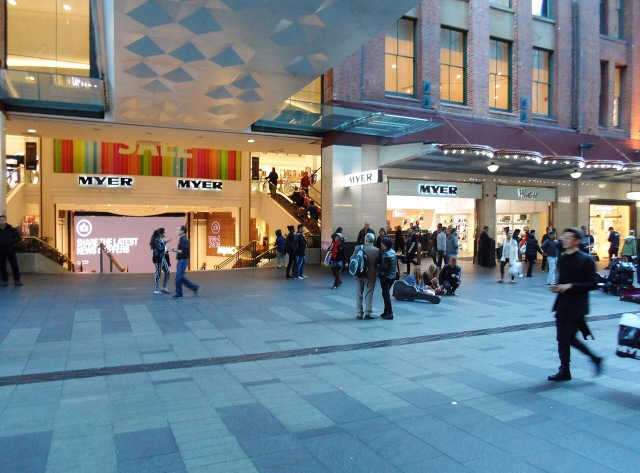 As Martin Luther King asked, ‘why can’t we all just get along?’ Why does your own have to act weird once they’ve spotted you? Why don’t they be friendly rather than irritants? I guess it’s common for them to act this way. Because of their crassness, I’ve begun acting up as well. Whenever I’ve suspected a Pinoy on the bus, I’ll go silent. It came to the point when I told my friend that I’d give anything to rid myself of an accent. Don’t worry, he said, that’s what makes you different.

Wasn’t it Jose rizal who said those who don’t appreciate their own tongue smell worse than rotten fish? Don’t get me wrong. I’m far from ashamed for sounding Filo. Even if I could change things, I probably wouldn’t. I’ve fostered my unique writing style as a result of living in two countries. Though I’ve developed an idiosyncratic Filo accent as a result, this is collateral damage. I haven’t really sampled ‘accent minimisation training’ hahaha. I gave up after the initial meeting lol Even if I could afford it in the future, I won’t have a sudden urge to badger a speech pathologist. Furthermore, I wouldn’t take unnecessary risks in undergoing a mouth operation just to sound more…typical. If at all, be grateful for the blessings you’ve got. One time I just boarded a bus when I heard this lady speaking in an overly exaggerated American accent. ‘Could I pls get one ticket to Busted?’ Later on I heard her telling her Pinoy pals, ‘Gago, ayaw tanggapin yung pera ko. Kailangan daw ng Opal card. Tarantado naman.’ (Stupid, doesn’t want to accept my fare. Told me I needed an Opal card. So foolish!’) It took everything to stop me from coughing like a werewolf.

While my spoken English may be accented, there’s no such thing in written English. I don’t suffer from bad grammar, could express myself with ease, and write long prose pieces. There are signs that things are not so bleak. A Pinay classmate from uni was quite friendly upon learning I was Filo. I got a mixed bag: others were nice like her, but some weren’t as welcoming. We’ve also had a very kind Filo family friend. As resourceful beings, we work with what we have. Sometimes it’s rather uneasy to be a marked man and to know that you’re representing your country just because of a silly accent, but you’re not alone. So many Aussies have been born overseas, and there are more coming. If others aren’t passable nationalists, then it’s up to you to flip the script. Besides, you can run, but you can’t hide.