It’s not his real name but it’s close enough. I met him at Saturday class years ago, where the teacher remarked that ‘he seems like a really cool guy’. He was one of the few whites taking this course. We finally shared a conversation in week 3, where I probed the baddest villain in the galaxy (a la Star Wars) hehe.

Kylo saw my ham and cheese crossaint, bought from the cafeteria. Upon discerning the price, he told me it was a bargain as he sipped his latte. I found out that we had the same alma mater. Later, upon further research, I realised that he did two degrees. Kylo looked a little like Paul Rudd.

Travels
I found out that he travelled extensively, even giving me advice on his ‘excursions’. He said Italy was overrated. ‘I know they have old buildings and stuff, but it’s hyped up. Their government is in tatters, just like the French.’ ‘So you’re anti Sarkozy?’

‘The skeletons are out,’ he said. Germany, he admitted, was nice. Good governance, welcoming people, nice atmosphere. I’ll later learn that he was of German descent. No surprises there.

Suddenly, we bantered about South America.

He was against Colombia and the resurgent socialist movement across the continent. ‘Most former Spanish colonies are corrupt and going backward,’ I offered. ‘Well Chile is doing very well. Argentina is just out of control’, he confessed.

So in short, they’re not progressive, I thought. One country out of twenty is not a good result.

The bus tragedy
‘The Philippines is getting better’, he opined.’They have the headquarters of the Asian Development Bank there, ay?’

‘In Mandaluyong’, he announced. ‘Remember the bus tragedy? I was in Hong Kong when it happened.’

‘Heard they were really pissed off.’

‘You can’t imagine. They were bloody incensed, especially at how the situation was handled. They believed the coppers should’ve shot the gunman, not just standing around there.’

‘Do you understand Cantonese?’ I almost interjected. ‘How’d you gauge what they were thinking. You’re not psychic are you?’


The ghost
There may be more to this conversation, but that was the last I saw of Kylo. After all, this chat was many moons ago, so you could forgive me for omitting some of it. I have a slim chance of ever running into him ‘in a galaxy far, far away’. Meanwhile, I’ve been updated. From his Facebook, I saw him enjoying a hot pot in Sichuan together with some buddies. Another time I saw him taking shots of the war zone outside Syria. I’ve learned that he’s taken up managerial and consultant positions for huge companies in mainland China. You could say he’s adapted to the culture quite well. 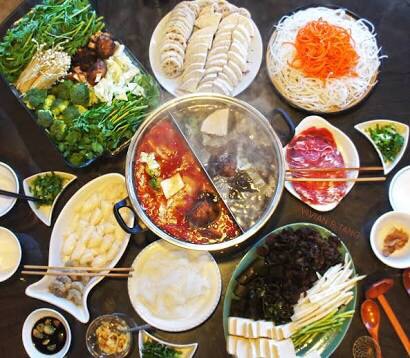 And me? I hope to one day visit his current city, one of the most liveable in the world. He may not be there any more when I find the chance, but I’ll glean his reasons for bolting rather than billing hours at JP Morgan in downtown Sydney.