About ten years have passed since the release of the last Harry Potter book. The Deathly Hallows, the seventh instalment in the series, hit bookshelves on 21 July, 2007. Pottermania truly took over then, with Harry Potter 5 (the movie) released at about the same time. I remember my classmate saying then that the fifth film wasn’t as good as the others. Indeed Harry 5 was the start of the film adaptations growing darker.

The reasons behind the Potter success story are easy to see. In spite of the length of the books, they are some of the lightest reads you’ll ever encounter. No wonder that the books received many awards, including children’s book prizes. Harry’s wizarding world was an escape from the monotony of everyday life. Tackling Harry’s growing pains, friendships, classwork, and extra curricular activities, made every volume a page turner. You’d be surprised about who reads Harry Potter. There’s no shortage of Potter enthusiasts, from an older white mother, to primary school kids, from Muslim youths to various economists.

I could keep going on about how great I think the Potter books are: the thick, eye catching plots; the captivating dialogue; the relatable characters; and the writing wizardry of the author. There have been a few imitators, but nobody would even come close to the magnitude and sales of this franchise. Nobody but J.K. Rowling deserved all the glory. She offered her manuscript to many publishers, meeting rejection at every step. I won’t be surprised if some of them didn’t bother to reply. You’ll always hear about publishers wanting something different and original. This kind of fiction has never been floated before, so it’s their loss.

We have to tip our hat off to Ms Rowling. She had two young kids, was a single parent, and was looking for work. Writing anything must have been very tough. She wrote parts of the first books in cafes, without the comforting thought of having a publisher. Yet she finished the manuscript, got a publisher, and sold a few books. The rest, as they say, is history. Now that corner is a tourist attraction, together with other elements in the book, such as King’s Cross station. 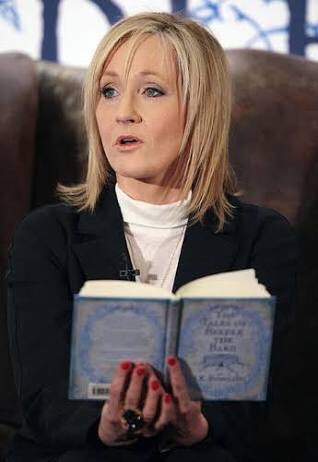 The relatable characters in the Potter world is another thing making the book special. Everyone wants to be as humble and friendly as Harry; we want to be as good a seeker, as deft a flyer, as him. Perhaps we yearn to be as lucky as him, or as gracious to others. We wish to be as courageous as Harry, or as loyal to our friends. Or maybe we desire the opposite: to be more practical than him; to be less adventurous.

Or mustn’t we want to be Ron? We long to be the golden boy’s loyal sidekick, less his fear of spiders. Or how about Albus? Who knows, some may even want to be Neville, that brave, brave man terrified of Professor Snape, his Potions Master. Devouring the books give us this unique power.

Rowling by the river

In this age, it’s very hard to believe that someone would pull off a Harry Potter. You have to be extremely talented, imaginative, and one of a kind to stretch a magical story for seven thick books. Writing a trilogy alone is hard work, so I’d like you to try writing seven tomes. We have to admit that Rowling is a different specimen, and appreciate her brilliance.

I remember being in the audience for this multiple choice trivia quiz in college. One of the questions was: What is the best selling book of all time? The three groups answered ‘the Bible’, while the fourth one selected ‘Harry Potter’. Another time, I showed my cousin my first ever published article. Looks like we have the next Harry Potter here, she half-joked. To be mentioned in the same sentence as the boy who lived; what an honour. To paraphrase Dobby the house elf, by now, we have heard of Harry’s greatness and of his goodness, we always knew.