Border Security: inside the series

While you were sleeping, ‘Thousands of men and women dedicate their lives to protecting Australia’s border.’ The immigration series airs at most once a week on the Seven network. I remember discussing the programme in one of my electives at uni. Everyone in class agreed that the show featured some of the weirdest finds on prime time.

‘The three legs of the tripod’

The programme chronicles the law enforcing activities of the Department of Immigration and the Border Force. While concentrated on Sydney and Melbourne airports, Border has occasionally shown Brisbane, Perth, and other ports and settings. Each Border episode usually covers at least three segments. While drug smuggling and importation are staples, so are the pictures of older travellers bringing commercial quantities of undeclared food. You would be thunderstruck at the lengths people go to conceal narcotics and other contraband. You will likewise be amused at the varying reactions they exhibit under duress. For starters, there were a couple of Vietnamese oldies who were questioned and suspected of carrying drugs since they stayed two nights in Thailand. The two flatly denied that they ever brought, let alone used, illegal drugs. As it turns out, the language barrier and their baggy slacks didn’t help their cause.

The most common situation on the show is a drug mule, when a gullible traveller would agree to smuggle drugs to Oz. When alarm bells go off in our airports, they pretend to know nothing of the contents in their bags, always saying that it’s someone else’s, or that a family member packed it for them. On several occasions, tourists were alleged to be hiding drugs internally. They were subject to frisk searches and even internal exams. Sometimes their suspicions were spot on, like when there is an obvious bulge in drifter’s torsos, or when scans revealed twenty pellets of heroin ingested. There are even times when these suspects are ‘leaking’. Furthermore, the sniffer dogs are consequential in assisting the police. Highly trained and intelligent, these canines hasten the patrol’s searching. However, there are occasions when they got it all wrong, when their subject’s nerves mess with the border police’s judgment. In those instances, they would apologise to the accused. Most tourists downplay the incident, but each transgression is a learning experience.

My good colleague told me that he watches the show on TV. I admire him for his open-mindedness, as others would miss the programme, finding the ads too contrived. He said that it’s often the Chinese who get slugged for not declaring their items. When I told him about the really aggro Chinese guy, he told me that he saw that. The guy kept spitting and was no doubt busting for a smoke. He went on a rant about tea, even though his bags were full of food items. In the end, he was charged $200+ and the very grumpy bloke dashed past the exit for a drag. 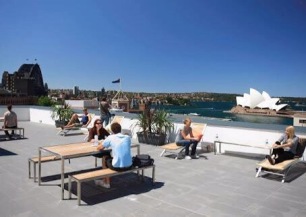 The officers have quite a stressful job, more so since they can’t speak Chinese. Chafing the real deal from the pretenders could be all too cumbersome. When they detect dodgy travellers, they pull them aside and ask questions, forming the series’ other mainstay. Interviewing arrivals, from Kiwis to South Koreans, Ukrainians to Czechs, is as much a part of the show as imported contraband and drug mules. They usually have access to the foreigner’s mobile phone, and query them regarding occupation, study, and financial situation. You can’t survive a few weeks with half a grand, no credit card, and no accomodation; your text messages clearly show that you’ll work, even on a tourist visa; who will you live with? The lucky ones have a special someone waiting for them; the ill-fated are refused immigration clearance and are sent home on the first available flight.

Aside from drugs, genuine tourists, and undeclared food, unauthorised cigarettes are another common theme. In one ep, three Indonesian students had bags full of ‘presents’. When opened, these packages were loaded with undeclared cigarettes. Since they cooperated with police, the trio were fortunate to be let off with a warning. In the past, I’ve seen police play blind before finding out where the mega shipments of tobacco were headed, and nabbing those involved. On a different note, I’ve witnessed raids on factories, restaurants, and homes, police swooping in on illegals who’ve overstayed or breached their tourist visas. Meanwhile, a 14th century British scroll was among the artefacts uncovered in the mail centre. For those with white powder, a swab is usually undertaken, and when confirmed as drugs, referred to the federal police. Each discovery ensures the prevention of more illegal drugs on our streets, and thus more lives saved.

Fishermen straying into Australian waters is likewise common on the show. Patrolling the borders is not limited to Australian airports and mail handling offices, but likewise at sea. The anglers usually bring with them illegal workers and opportunists. They are often fined for violating boundaries and bringing illegals. Like many others, I have a lot of fun watching this series, an eye opener into Australian immigration and the people who safeguard this country while we go on with our lives.

Don’t forget this line, so frequently repeated on the programme: ‘You do not have to say anything, but anything you do or say may be used as evidence.’ Cheers to more Border years.