Note: The cult favourite, Being John Malkovich, starring John Cusack and Cameron Diaz, has inspired the title of this post. More on that later.

I was at my chiropractor the other day when we discussed the Emmy’s. I learned that Jeff didn’t watch it, but I told him I wasn’t familiar with many shows. I then mentioned the Donald Trump impersonator on Saturday Night Live (SNL). He said he didn’t see the episodes on TV, but he viewed some clips online. Thinking about the spoof made him laugh. I told him that Alec Baldwin received an Emmy for his trouble. Indeed some outlets have looked at this Emmy as recognition for ‘the most important TV performance of the year’. In his acceptance speech, Baldwin announced, ‘I suppose I should say, ‘Mr President, here is your Emmy.’

Baldwin’s turn as the pouting, live-wire, foul-mouthed Mr President has never been more timely, a social critique on the most pressing issues of our time. Not only has he dominated Saturday prime time, but his imprint is all over the world. On such a media savvy planet, information is transmitted by the second, so his depictions have took the Internet by storm. Indeed that Trump is no stranger to Tweeting is very ironic. So where does the above movie fit in this assessment? It’s a matter of being someone else. While the film received glowing reviews, few viewers would know that not a few companies rejected the script. One executive even jokingly asked why it wasn’t named ’Being Tom Cruise’. The 7 1/2th floor wasn’t originally in the screenplay. Said landing is the claustrophobic level where Cusack’s character temps. Here he discovers a portal to another world, where he could be the great American actor John Malkovich. As the aforementioned thespian, he could date the women of his dreams. He can be someone better, and live out a fantasy. 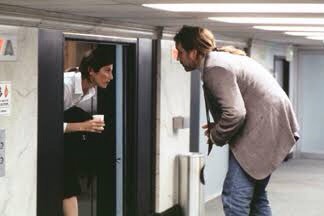 In case you’re wondering too, there is a 7 1/2th floor on 30 Rockefeller, New York. This happened to be Baldwin’s former workplace. The suffocating level has a portal that leads to a doppelgänger of Trump’s White House. Due to the comedic brillIiance of Tina Fey and Baldwin, finders have yet to locate this doorway. The gateway allows Baldwin to have creative control of his parody. With the help of screenwriters, Baldwin manages to give one impressive rendition after another. Just don’t tell this to Donald Trump. If he finds out about this undisclosed portal, we might end up exactly as the movie. Remember what happened to the real John Malkovich? When it was his turn at the doorway, he only got minions of mini me’s buzzing around. Everything on the dinner menu was a Malkovich. He was freaked out. One thing’s for sure: such self absorption from President Trump wouldn’t help the economy, stupid.

Being John Malkovich has been praised for its originality. The late critic Roger Ebert gave the film four stars (out of four), citing it worthy for Oscar contention. We now know that Baldwin’s sketch of Trump is Emmy award-winning. The SNL brain thrust are truly one of a kind to have spawned such a fitting critique. Meanwhile, the same goes for the creators of Malkovich, who were honoured with three Oscar nominations. Not all of us mortals could be blessed with a 7 1/2th floor in an uptown Manhattan skyscraper, which is why we should appreciate original and well timed entertainment when we can.  A little ingenuity will go a long way in making one’s point.