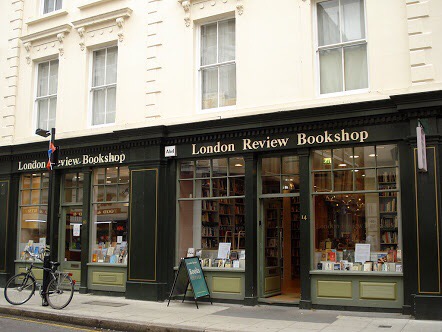 Earlier this year, I compiled a list of the year’s reading up until that point. Since that post in early June, I have normed a further five books (all fiction). I will order the texts from the first to the latest read. Presenting, my second half reading list!

1. Camino Island (Grisham). At the time, this was his most recent release. Shorter than his other works, being around 300 pages long, and not as good. Yes, it involves theft of rare manuscripts at Princeton library. Yes, there are lots of action and suspense. Likeable characters abound and with a bookstore being central to the drama, it is a book about books. I borrowed the text in August, not long after its release. While I admire the shorter length, it wasn’t engrossing enough to hold my attention for extended spells. 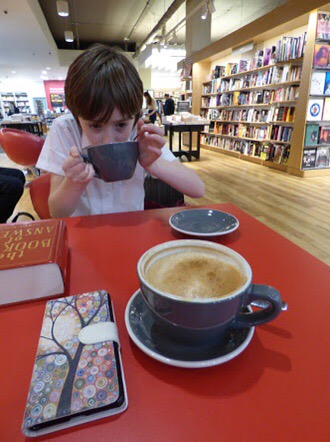 2. American Assassin. An old book, I was lucky to chance upon a brand new paperback edition, released in line with the major Hollywood film. I never heard of Vince Flynn and his Mitch Rapp series, until I saw the trailer at the cinemas. I was initially sold on seeing the film adaptation, but the negative reviews put me off. Instead, I consumed the novel. Like most adaptations, the film couldn’t do justice to the original. The print version was a smooth read, and I suddenly had a thirst for reading more Flynn. The author’s demise from battling cancer was unfortunate, but he left us with lots of material. Assassin is book number one in the Mitch Rapp series, even though many others were released prior. If you want a gritty origin story, complete with badass fight scenes and spy games, this is the book for you.

3. Killshot. Having completed Mitch Rapp number one, I set my sights on numero dos. A week or so after concluding Assassin, I grabbed Kill Shot from what used to be my favourite library. I checked their catalogue beforehand and saw that they had the item in question. While passing by the recently returned items, I saw the old copy. Kill Shot is mostly set in Paris, when Mitch Rapp, the CIA’s choice weapon, is caught in the perfect frame up while assassinating a Libyan diplomat. At times, the book puts too much emphasis on place and description. This made me feel like walking through cobwebs at times. However, the book is no Dragon Tattoo (Larsson), a welcome sign indeed. There is a romance side story, and Rapp is a wounded beast trying to clear his name while fighting off the authorities. He contends with jihadists, French authorities, and even his own agency. Good thrillers never get old.

4. Inferno (Dan Brown). Once again, I was lucky to spot a fairly new paperback edition in my local library. Somehow, the fourth Robert Langdon novel slipped my radar. I read Da Vinci Code and The Lost Symbol, but I found out about Inferno too late. With the movie released last year, I was fortunate that this new version came out. If you’ve been following Brown, several trends would appear. From the 48 hour time frame to the inclusion of a headstrong female sidekick, from various locations to foreign languages and symbols, readers have loved the bestselling author, in spite of those given peculiarities. There is often a twist at the end, the trusted ally unravelled as a sworn nemesis, thwarting the goodies’ plan. There were moments when Inferno was difficult, especially with some dialogue in Italian. I also found the descriptions to be drawn out. The brief portrayal of the Philippines was likewise tasteless. I finished the book within the standard borrowing period (3 weeks), all six hundred pages of it. Even with his wordiness and highfaluting vocabulary, the fast pace and history imbued in his fiction would pull readers of all ages, from my own chiropractor down to school kids. The queues for his latest alone would involve dozens. Make no mistake: Dan Brown persists to draw readers, despite his flaws. 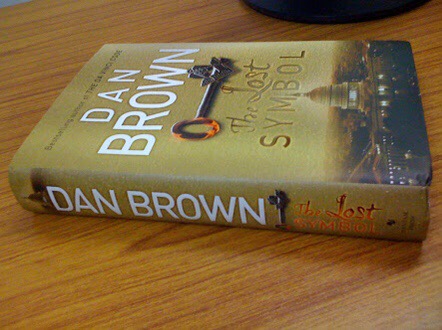 5. At the moment, I’m currently tackling Origin by Dan Brown. After passing the first fifty pages, it looks very promising. Just like the Da Vinci Code, it deals with themes of religion and existentialism. Whether you’re an atheist, Catholic, Jew or Muslim, questions of science and faith know no creed or skin colour. I was fortunate to have borrowed the novel which looks brand new. The cover is so fresh that I look like the first one to borrow it.

Since June, I’ve finished four novels, which amounts to about one per month. With Origin the book of November, I am on track to devour my fifth text since that post. Moreover, I’ve consumed *MICHAEL* Connelly’s The wrong side of goodbye in June, something I’ve mentioned in a previous post. I made the mistake of confusing him as ‘James Connelly’. This time, my advice would be to be on the lookout for new material. You should likewise borrow from a few libraries, even simultaneously. With several holds across various repositories, your chance of getting that prized book sooner multiplies. With no hold fees, why not? You had me at the lib.