Making news this fortnight, the Winter Olympics in Pyeongchang is turning heads the world over. I’ve never been a fan of snow sports or the X Games, and I’ve ignored past Olympiads. This edition is the first one I’ve (kinda) followed. In the last week, I’ve watched three events: the men’s moguls, men’s half-pipe, and snowboard cross. That each discipline produced an Australian medal is no coincidence. A sporting icon won each of the first two events mentioned, from Canadian Mikael Kingsbury, to American legend Shaun White in the half-pipe.

The moguls are like a slalom race where you dodge piles of snow, do two turns in the air before racing towards the finish line. You are graded on your speed, turns, and balance. It’s pretty much over in around twenty five seconds. If you could manage to avoid the obstacles, make convincing somersaults, maintain your balance throughout, and clock a good time, then you are in the running. However, it is easier said than done. As the participants hurtled through the course, you just couldn’t but think of a runaway train manoeuvring a steep slope. This event had 3 runs, or 3 chances for every contestant in the final. You will be judged based on your best score out of the 3 attempts. Matt Graham was a surprise winner; he was grace under pressure and a deserving runner up.

The men’s half-pipe also has 3 runs, just like the moguls, but that’s where the likeness ends. The event is so named after the equipment used, the half-pipe, a platform much like a skating ramp. A showpiece of every Games, the meet allows more free styling for the participants. They turn in the air, doing ‘double cork 1080’s’, 1440’s, and switch backsides. I appreciated the difficulty almost as much as the artistry. In every run, the snowboarders had to do five tricks while not messing up their landing each time. Aussie Scotty James had a killer second run, but the judges didn’t like his hand catching the ground at the very end of his bid. The youthful James was touted as our best hope for a gold medal. While his bronze winning performance is a little disappointing, he gave it his all. A final for the ages mesmerised fans around the world, in the process giving America their 100th Winter gold medal, while a Japanese teenager claimed second spot. Shaun White’s final run was off the hook. He normed a score of 97.25 in his final outing, two points clear of Hirano. White also showed incredible poise, and cemented his legacy as an all-time great.

There were others as well, including the aforementioned snowboard cross, wherein snowboarders race each other through chasms and peaks. The ubiquitous pile ups in this event reminded me of retired speed skater Steven Bradbury, and how he snagged the gold medal in the summer Olympics after the three racers ahead of him went down in a heap. Regardless, Jarryd Hughes’s efforts were enough to garner him silver, after a close shave with Spain’s Regino Hernandez, who settled for bronze. There’s figure skating, one of the more impressive things on ice. The local media trumpeted the inclusion of an Indigenous Aussie in this competition, a first ever in these Games. In addition, the luge involves a lying entrant as they hurtle through an endless slide at 60 kms an hour. This was on the news the other night, with a qualifier avoiding injury after a bad crash. Meanwhile, Canadians have dominated ice hockey. In the women’s side, they’ve strung together 23 straight and counting. 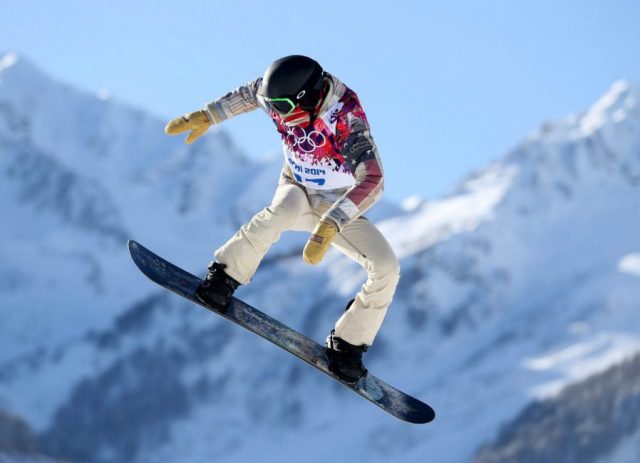 All in all, there are 15 medal sports in the Winter Games. While watching, their innovation has surprised me. Who would think that seasonal pursuits would manage to stretch to fifteen showcases apiece? Watching the half-pipe, I doubt that few would argue that we’re tuning in to the coolest sportsmen around. Yes, the summer Olympics had Usain Bolt, Michael Phelps, and His Airness, but one would gather that this is more unique and is for a limited time only, given the short snow season. Thus, while it’s mostly rooted in snowboarding, skiing, and skating, these Games offer something other than just medal tallies: they are literally and figuratively the coolest Games around.