A tourist’s guide to losing family

‘Losing family obliges us to find family; not always family that is our blood, but family that can become our blood.’ And if we manage to look beyond what lurks deeply on the horizon, there will be angels ready to spread our wings and make us fly.

Many of my fellow young blood are too elusive to grasp the full meaning of losing a part of you. We live in a time where it is hard to speak from the heart. A thousand trivialities smother our lives, and the thoughts and cares of daily affairs, silence the poetry of our spirits. The song that lives in our hearts, the song that we have waited to share, the song of being vulnerably human, is silent. We find ourselves full of lightning, but wanting in thunder.

There either is or is not a way things should be. As I wrote when I was sixteen, ‘The question was posterised with a resonating echo and left everyone in the house gasping for breath.’ I’m talking about the search for the meaning of life. This was what we had to write about in our high school yearbook. In my time as a writer, I have never written something as meaningful nor answered a question so interesting. As I looked into the depths of my soul looking for answers, I saw the truth always comes dainty.

My perspective, of course, wasn’t entirely contained in my high school yearbook; one page is never enough to fix a sunup growing by the days. I believe I am still an inchoate paradox and I’ll let the years onward be the judge. Meanwhile, the search continues. So though I may give an exact answer to a rhetorical question, like, for instance, others, I can touch the peak of Mount Everest.

It takes an equally unique mind to ask such a soul-searching query. But before I speak of the man, I’ll first describe his class. Now, there were the usual lectures of course but the subject was something different. Freedom, mercy, conscience, and sIn – they might seem fundamental, but he took us to the art beyond the art, the game beyond the game. For instance, he called conscience the ‘Big C’, and wrote sIn that way for each sinner’s focus on the I. Mercy, I answered, is the human face of God. He will rush on with so much detail that kept us hanging to his every word.

He made us watch films about boys dancing in the wind with triangles in their hands and made us interpret what exactly lay beneath their act. He encouraged us to read The Catcher in the Rye and asked us who won in the end, Freddie or Jason? And there were the questions that simply mesmerised you: Why is water wet? What would you rather be, a contended dog, or discontented man? Which comes first, being human or being humane? What is more important, a sense of humour or a sense of compassion? Like he said on the first day of classes, it was all about the ‘grey matter’, between the black and white we were all accustomed to.

If you have read the book Tuesdays with Morrie, you’ll know how it feels to have this kind of special bond. In fact, the book itself reeks of life’s meaning. I felt the same way with Bro Ed as Mitch Albom did with Morrie Schwartz.

I knew early on that he was not someone you would meet everyday. He has this engaging personality that borders on the surreal. This, plus a sense of humour that keeps you laughing forever, make him a splendid teacher. Nobody wanted to miss his class. But what really separated him from the rest was his fountain of knowledge. Like a wellspring of wisdom, he always had something noteworthy to add – another book, figure or event. If there was a single, most memorable class, it had to be his.

Bro Ed also had one particular passion that sparked so much friendly debate when he came in – his propensity for the colour blue. Of course, there is a reason behind this. He is a die-hard fan, to say the least, of the ‘blue’ school along Katipunan Avenue. Naturally, he also bears the grudge for the ‘green’ school along Taft Avenue. And that’s where the fighting begins, a class torn apart by the Blue Eagles and the Green Archers.

When the latter had beaten the former in their UAAP (Universities Athletic Association of the Philippines) encounter, there was teasing, and vice-versa. So as you can see, there were just some things in his class that everyone else couldn’t even try. 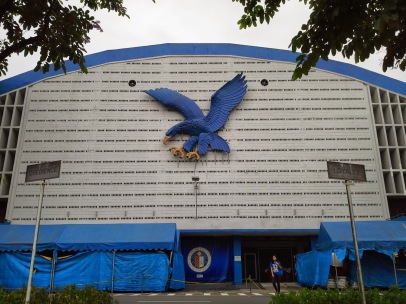 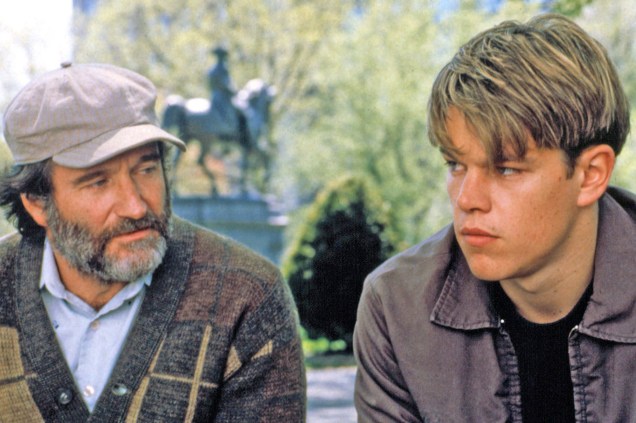 In which he reverberates

High school’s senior year was when he taught me. It was during this time that we forged a friendship like no other. He found me almost as interesting as I found him. As I look back three years ago, there was nothing we couldn’t talk about with each other. WE shared the same interests, the same zodiac sign, and helped ourselves see more than our mismatched ages allowed us to.

In so doing, he let me ogle the importance of others in our journey. Meanwhile, I helped him understand the shortcomings of a sixteen-year old sinner but trying writer. And although I have not seen him in a while, like Albom with Schwartz, I can still feel the fire of his affinity deep within my heart.

Of all the light he shone upon my young mind, one event illuminates all the rest. This was the retreat, when I was in fourth year. I missed my class’s version for some reason. But he was so convincing in letting me join that I dragged my weak spirit to another class’s retreat December of my senior year. We spent three days in a retreat house for this occasion.

Ours was a beautiful happening. On the first night, Bro Ed said that the purpose of this was the find the ‘three doors’. They were the marked door, the unmarked door, and the empty door. Those three days were the sunniest I’ve felt in a long, long time. In the end, I felt quite relieved; my worries filtered out. Amid the invigorating ambiance, I found true-blue freedom, and hoped the change lasted.

But brilliant as the sky was, there was a catch to it. In the welcoming grounds, my indestructible mentor suddenly showed some softness. He told us all the story of how he lost family, to tragic circumstances nonetheless. Listening to the drama unfolding before my very ears, I felt for him. Yet what I admired most about him was the way he did not let this snag affect his personal meaning of life.

Here I would like to quote a line from Albert Camus:

In The midst of Winter

I finally learned that

I had in me an

I knew that at some point in his life, Bro Ed might have been caught in a chilling winter. But because he was made of sterner stuff, the winter of his life gradually became conquered by spring. And as he saw the leaves blossom round him, he prepared to forget the past. Armed with this determination, he willed summer to sprout all around him. In this summer, I was happy to be invited.

I have exhausted most of my story through what happened during my senior year. However, something even better took place when my high school days were all but over. During the bus ride to the retreat house, when he was my seatmate, Bro asked me if I would be interested in helping him with the yearbook. Without much thought, I said yes. After this, he asked me again during graduation practice and I agreed once more.

He already gave us the topic of the yearbook: the meaning of life. Every one of my batchmates was to offer their retort to the big question. My good friend made sure that all seniors had their say with a solo picture accompanying each graduate’s page. Aside from class shots, there were likewise collages of activities done throughout the year. All of it was something to cherish: the conversations with the guy who encoded and decorated the yearbook and the day I submitted the poem. The poem was my legacy to the school. It was seventy-one verses long, a definitive poem of my alma mater. Up until now, when I see it at the very last page of the yearbook, I count it as one of my finest achievements. All in all, it was the most prolific summer to date, for me. I truly hope that someday, here in the bowels of Sydney, I would experience even a semblance of what went on back in the day.

And so here I am, writing more chapters along the Sydney side of things. Nothing’s ever the same, that’s why we both got a move on. Last I heard Ed V. was the Theology Coordinator in a Catholic university. This means that although he has transferred from one school to another, he remains in the same place. Things are much different in my case. I have left the city I called home for many years and I’m finally in the place where I really want to be.

I know I can’t say this enough, but thank you. Thank you very much, Bro.

*Originally written a while back.