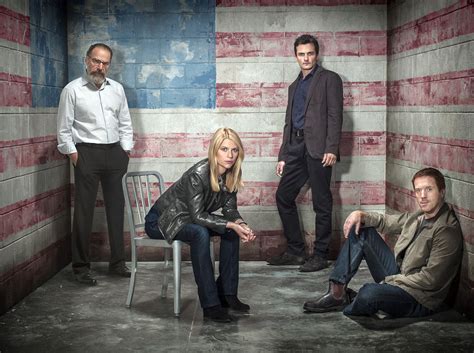 I am picky when it comes to TV shows. Before I watch, I make sure to check out other people’s thoughts on the series. I also avoid any spoilers while doing this web-based research. Over the years, I haven’t been a big telly viewer. There are many good shows out there, many I’ve overlooked. Regardless, finding gems among TV’s bursting garden is a rarity. I’ve unearthed one such sparkler in the last month. Since hitting our screens in 2011, Homeland has not exactly been flying under the radar. It has earned awards, rave reviews, and a consistently robust viewership. More than standing the test of time, Homeland is impressive as it addresses the fears and struggles of a nation post 9/11. When placed vis-a-vis Vince Flynn novels, Homeland is rawer and more visceral; every episode is an emotional roller coaster. So far, I’ve almost completed the first two seasons, and I’m loving every episode so far.

Homeland was mentioned in Oliver Stone’s Untold History of the U.S. The famous left winger posited the show as a perfect example of America’s obsession with security in the wake of the 9/11 attacks. After this, I again encountered Homeland while watching the Golden Globes. The show’s star, Claire Danes, was honoured with a coveted award, and the actor was effusive, saying how generous the Hollywood Foreign Press has been to her over the years. This nod represented her third or fourth Globe at the time. All this points to a momentous watch, and I’m glad I got into the act late this year. 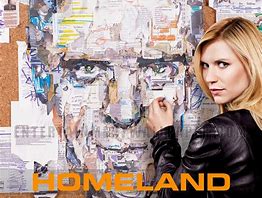 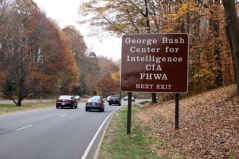 The programme plays with elemental fears of America being swamped by terrorists. At first, only CIA agent Carrie Mathison (Danes) takes this viewpoint. From the start, she is convinced that jihadists have infiltrated the American biosphere. No one takes her seriously, and her erratic and brazen behaviour alienates her from her increasingly impatient colleagues. We learn later that she is battling her own demons. When these inner demons take over her life, she stands to lose everything: her job, her dreams, her shot at delivering the mujaheddin. Viewers would be drawn between the mechanics of espionage, both between the CIA and its enemies, as well as among its constituents. From the power brokers such as the sitting Vice President and CIA assistant director David Ester to the multitude like Carrie and the war hero Brody, the spy games never end.  Meanwhile, they introduce Quinn, a new character, in season 2. Quinn reminds me of another law enforcement agent, detective Quinn in Dexter.

Carrie’s target: returning soldier Nick Brody, who immediately catches her attention. On the outside, Brody seems like your typical war hero who is a family man. However, he also harbours some dark secrets of his own, and Carrie will move heaven and earth to show that she is right about him. Their paths cross, their loyalties shift, but their interplay is what drives the series. Can a US congressman (Brody) really be a terrorist in sheep’s clothing? Is Brody aiding Satan himself, the nefarious Abu Nazir? Unfortunately, the bin Laden wannabe reminds me of someone I know of. Teenage angst, tested friendships, and nosy agencies all play a part in this perilous microcosm. Alex Gansa and Howard Gordon, the engineers of Homeland, succeed in creating America in miniature, all within a weekly, one-hour timeslot. As Bonaparte must have said, ‘We are either kings or pawns, emperors or fools’.

Homeland is one of those rare, addictive series. Before, there was Six Feet Under; then, Dexter; now it’s Homeland. I’ve only watched mostly the first two series, but boy is it riveting. Last year, it completed its seventh season. There is action, lots of it, which the gripping plot aides. The characters are some of the most well constructed I’ve seen on TV. More importantly, the setting always shifts. While there is considerable time allocated to Brody’s abode, the show’s creators makes it a point to go on the road. There is a lovely family sojourn to Philly in the second season as well as a high stakes trip to Lebanon that pays off.

I told my friend that Danes makes a very spirited portrayal of a troubled soul. We both had a laugh. That’s why she won a number of awards, I told him. She even has a star on the Hollywood Walk of Fame. I didn’t know that, he retorted. Yes, indeed: Claire Danes got her star in 2015, and not because of her memorable portrayal of Juliet Capulet in Baz Lurhman’s adaptation of the classic tragedy. Danes got her star as a result of her glowing work on telly. I haven’t seen Danes’s other work on TV, but this is a very strong performance. Some are even calling it her tour de force, with good reason. Together with a very capable cast, Danes’s star continues to shine. Before I forget, I recommended this show to Paige, from my chiro. She told me that her mum had told her about the show and said it was really good. Well, her mother has good taste.