December is almost over and Sydneysiders have been caught amidst a heatwave. With temperatures soaring above 40 degrees in parts of the metropolis, people have been finding refuge in beaches, pools, rivers, shopping malls, and at the cinemas. They have been eating ice cream to keep cool and have turned on the air con. If you think Boxing Day was a scorcher at 32 degrees, think again. Since Thursday, the forecast has only been one thing: hot or hotter.

Personally, I’ve been doing some of those things to cool down. Yesterday I met up with Nick to see Ralph 2. He admitted that he hasn’t seen the first one, unlike David, who saw it at the multiplex. However, he was certain that the omission would not hinder his enjoyment of this part. While I didn’t see Wreck It Ralph in the cinemas, I did thoroughly enjoyed the Disney production. I dare say that this one was on equal footing with the first, if not better. 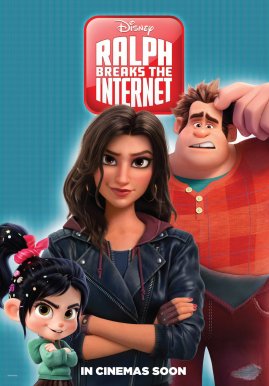 The first thing I noticed about Ralph 2 was the production budget. $175 million is a lot of cash, and it shows. The animation was nimbly done, and the visuals were stunning. Ralph felt more like The Avengers because of the plethora of Disney cameos and references. There were Disney princesses overload, Stormtroopers, Ironman, Buzz Lightyear, and even had an old Stan Lee sighting (Rest in peace). Suffice it to say, Ralph is a blockbuster for the whole family.

My buddy noted that though it’s a kiddie picture, it deals with some heavy themes. These include online safety, trust, pop-up blockers, and self-belief (to name a few). When asked of his favourite character, he pointed out Knowsmore with his over-the-top Autofill that made the whole theatre riotous. Joining Ralph and Vanellope in their epic adventure through the online galaxy was such fun. Meeting new friends, expanding their universe, and exploring the World Wide Web was def viewing. Seeing them join forces while putting their differences aside was sweet. Their mission to save the day yet again, tugs at the strings of our own quest for fulfillment. 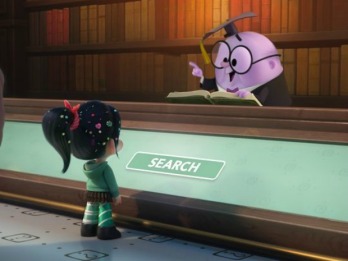 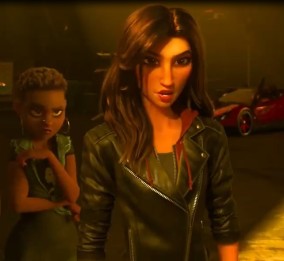 We could learn a lot from Vanellope. Simple things like saying ‘please’ and ‘thank you’ (as she did to Knowsmore) could go a long way to endearing you to others. Being the rare polite user makes you stand out from the crowd. Vanellope also teaches us to maximise our strengths. Sure, she is a killer race car driver, but she likewise uses this to get out of a tough spot, turning foes to friends. Her erstwhile combatants are in awe of her prowess. On this note, Gal Gadot is riveting as Shank, Vanellope’s newest chum. Meanwhile, Ralph may be stereotyped as the big strong dude who annihilates every brick along the way. But, as shown in these films, he has a soft spot for Penellope and regards her as his best friend. He moves heaven and earth just to help his BFF, even posting silly videos on BuzzTube and Instagram in their race against time to save their arcade game. He may have gone to extremes and opened the Pandora’s Box, but surely you can count on Ralph to be everyone’s hero, right?

The film has rated quite highly on review sites, even scoring over 90% in some cases. It has likewise become a big holiday hit at the box office. I’ve seen many Disney films over this year, including 4 Marvel films and The Incredibles 2. My pal commented that the production was such a massive one that our ticket sales would probably only cover the marketing costs. My verdict is that this is one of the top Disney pictures of the year, if not one of the best films altogether. Mind you, I’ve seen my fair share at the movies this year.

P.S. I would like to wish all my readers an eventful and fun-filled New Year ahead. Let’s turn the page on 2018, try new things, and welcome 2019 with open arms. 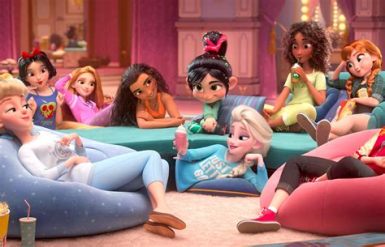