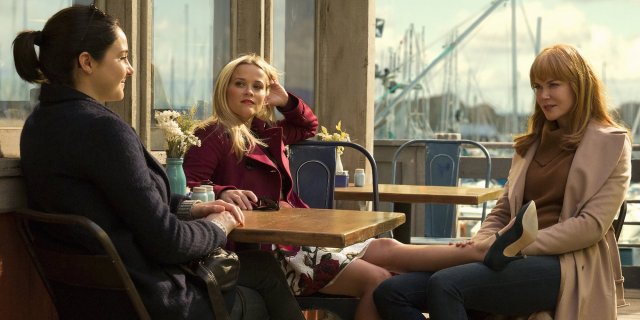 I mentioned previously that Homeland was a must-watch. After consuming the first three seasons, I was on the lookout for something new. I tried out Game of Thrones; it is visually stunning and has a cute cast, but some inclusions were distracting. Enter Big Little Lies (BLL). I first heard about the HBO production while watching the Emmys in 2017. Based on Liane Moriarty’s bestselling novel, the series deals with trouble in paradise. The angles were very well shot, making no one mistake that this wasn’t nirvana.

The show begins by welcoming Jane, a young mother, into picturesque Monterrey. She brings her son, soon enrolling him locally. She is vivacious and guarded, but harbors a dark past. While she is happy with her son, the father’s identity remains a mystery that she doesn’t want to solve. She first meets Madeline (Reese Witherspoon) and the two hit it off right away. They often hang out in the café, sharing stories and secrets. Madeline quickly becomes her confidante. On the very first day of school, something vile happens; there is a ruckus, with the lawyer Renata (Laura Dern) crying foul for her daughter (Annabella). When the latter points out Ziggy (Jane’s son), madness ensues. Meanwhile, Ziggy wants to know his father, but Jane rebuffs him at every time. All the while, snippets of police interviews with the townsfolk abound. From the start, viewers are alerted to a murder in sleepy Monterrey, and the authorities want to get to the bottom of this.

Madeline is quick to side with Jane and ostracises Renata. An all-out war ensues, with Renata so certain that Ziggy is the bully, while the latter steadfastly denies this. The town is divided into the Janes and Renata’s. The former likewise struggles with her own daughter, Chloe, who rebels against her. She favours her own dad and stepmom even as Madeline is trying her best. The battle between both sets of parents is a recurring theme on the programme. Madeline and current husband Ed always try to outdo Bonnie and her ex-spouse, and vice-versa. Often heated, this sometimes escalates further. Like Jane, she also has her inner demons and later admits to Chloe that her life isn’t perfect. As a stay at home mum, she channels her energy into her project, a play. She has to fend off Renata, her own folly, and the bloodthirsty council just, so the show must go on.

Celete (Nicole Kidman) is the third mother in the show’s focus. She is a devoted homemaker to her absentee husband and twin sons. She used to be a high-powered attorney but left the job to be a devoted housewife. Her angst and struggles are foregrounded in the series. Celeste wants to return to her work, but her partner (Alexander Skarsgaard) has his way. She is a victim, yet her friends have no idea what is going on. The couple then seeks therapy to iron out any creases between them. As she tries to be more independent, adversity would swallow her.

For his portrayal of Perry Wright, Celete’s abusive husband, Skarsgaard won both the Globe and the Emmy for Best Supporting Actor. I could say that it was a very vivid portrayal, and that he owned the role. His acting was simply superb, fooling everyone that he was a high-powered executive in a suit when he was indeed touring the country for more sinister reasons. If we must learn one thing from this scenario, it’s this: don’t let the fancy clothes fool you. Appearances and first impressions AREN’T everything.

Of course, the recognition for BLL does not end there, with Nicole and Laura Dern both receiving coveted awards for their respective portrayals. There is no doubt that BLL was one of the finest programmes on television that year, if not the finest. Given the title spanned all of seven epidodes in 2017, it proves that quality is of more consequence than quantity. The production was originally meant to be a mini-series, but after a two-year hiatus, the show would return for another season this June. Most of the original cast were reported to be on board again, with some new faces added in as well. Given that it was one of the most loved shows of twenty seventeen, being this year’s most anticipated shows come as no surprise. It’s time for more lies and a lil’ more trouble in Eden. 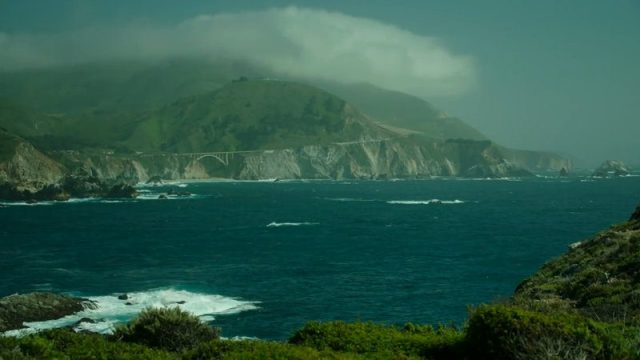