I know. You might be asking why am I reviewing a film that’s five months old? Why am I not assessing a picture that’s five days old? The simple answer is: I want to shake things up this time. I remember my pal using the frog emoji. Why frog? ‘No reason, just trying something different.’ When I used the same emoji with someone else, they were deeply hurt.

Venom is one blockbuster that I should’ve seen. My friend and I were slated to catch it in Gold Class last year. Even though the subpar reviews discouraged me, my friend’s persistence ultimately forced my hand. However, I wasn’t able to see Venom until recently, when I saw it on DVD. To begin with, I inferred that Riz Ahmed would be one of the good guys, perhaps even Tom Hardy’s sidekick. Having seen his turn in Nightcrawler, I expected something similar. In this production though, he is the young, wily billionaire entrepreneur who uses dodgy methods and douses water on bad PR fires.

On the other hand, Hardy is Eddie Brock: the good guy who loses everything after trying to out the billionaire Drake. In many ways, this is the classic good v evil trope that we see in many action movies. Only this time, it is under the imposing Marvel banner. Without a job and spurned by his partner, Brock becomes the perfect host to Venom, the alien symbiote capable of wanton destruction. At first, Brock is reluctant to pair with his alter ego, but soon realises that he cannot outsmart Drake alone. His transformation from choir boy to anti-hero is reminiscent of Spider-Man’s own evolution.

Along the way, riot police, Drake’s men, and TV crews all go chasing Venom. If you think Spider-Man 3 was convoluted, then think again. Late in the movie, we learn that Venom is a nobody in his homeland, much like Brock. Gasp. Yes, as the film points out, human trials are still not safe for working. I remember a scene where Brock recognises a hobo woman in the lab. She poses as the veritable Damsel in distress, in dire need of a saviour. When he opens the door, he becomes her supper. That couldn’t have been more banally scripted.

I once posted here that Venom ‘is a crap movie’. That was my first impression, which the unkind reviews obviously implanted. That didn’t remove the excitement that Marvel and Spidey fans held for this film. I personally knew a few moviegoers that weren’t discouraged by the negative critical reception. They seem to reason that the critics are hit-and-miss. Not all movies with glowing reviews are sterling, just as not all critical disasters are cringeworthy. Indeed, some Facebook friends have pointed out the excellent audience score as evidence that this is worth a look. 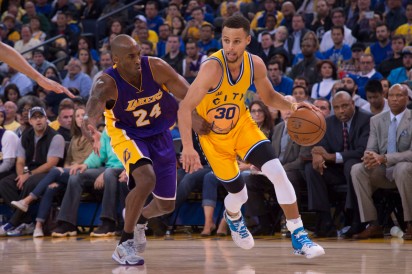 Let me name the things I liked, and disliked, about the movie. I liked how the film opened in Malaysia, though this was only a brief scene. There was also a Chinese store owner in San Fran and this speaks of inclusion. I liked the revolution of Brock from down and out to his eventual synergy with Venom. I liked Michelle Williams’s role and how she adds spice to the equation. Meanwhile, I disliked the action sequences. I understand that this is an action movie, but it just seems overdone. The picture focused more on car chases and epic battles to the detriment of the plot. I’ve already mentioned that the entire product was convoluted.

Audiences have spoken and Venom was a resounding commercial success, grossing over $850 million worldwide against a $100 million budget. However, the critics consensus states that Venom’s first standalone film desperately demands Spidey. Need I say more?