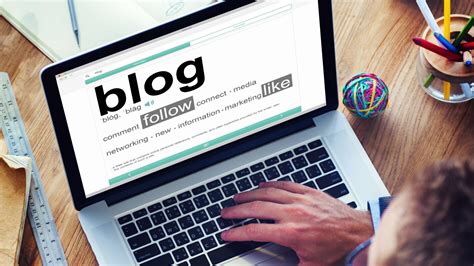 This will be post no. 152 for me. Over the last few years, I have shared my thoughts on a lot of different things and have done this on a consistent basis. If you’ve been following my blog, you’re familiar with the things I write about. Call this your quasi-introduction to my themes.

1.Books. Since at least 2017, I have regularly shared my most recent reads on Mot Juste. That year was when I started taking reading seriously again, capping off the year with thirteen completed works. Usually these inventories would be in groups of five books. This year, I have done two such lists. I am two reads away from posting a third one. Books are easy choices since many bloggers could relate to your haul, even going for similar material.

2.Movies. Another easy choice, as there are many movie buffs out there, and the Hollywood pull steals movie hearts the world over. I’ve always been a film buff, whether by going to the cinema or through watching DVD’s. Looking back from the start, I evaluated such films as Monsters University, The World’s End, and Elysium way back in ‘13. It’s good to reward your readers by sharing your thoughts on the latest picture. Moreover, I always refrain from including any spoilers. At first, I struggled with crafting reviews that were devoid of any giveaways. There were not enough ways to express myself. However, through time, I gained my voice and have advanced the art of the spoiler free review.

3.Travel. I’ve been to a few places through the years, including Melbourne, Tasmania, and New Zealand. However, blogging about travel doesn’t necessarily involve visiting exotic locales. I’ve managed to share my stories: whether in Saturday class or dissecting State of Origin. While the pictures and descriptions matter, your story is still king. Besides, relying purely on travel isn’t very sustainable for the average Juan. Unless you are a regular voyager, you would end up posting infrequently. Such is the case with a fellow ‘traveller’ who was off with a flying start, but now tends to post in trickles.

4.Literary and throwback posts. Since six years ago, I’ve imparted some poetry, fiction excerpts, and short works through Mot Juste. In 2013, I revealed my experiences in Newtown and Auburn and anatomised Dead Europe. Last Christmas, I wrote about a hailstorm. Other times I did a retro post which considered the significance of a particular day or work. My blog has also been a showcase of my past efforts. Whether it was showing my work from high school, uni, and beyond, Mot Juste is a platform for my past, present, and future.

5.Posting in Filipino. I only started doing this a couple of years ago. My memories of a funny professor jumpstarted this. Soon I was writing about the kindness of strangers, my auntie and her farm as well as Buwan ng Wika (Language week). Writing in Filo makes it a personal crusade while also brushes up my command of the written language. Furthermore, it adds some colour. It has been a joy and honour to communicate in my language.

6.Culture & politics. Aside from loving movies and books, I’m also an avid follower of pop culture and politics. The most recent report that I could think of is my article on Assange. Of course, it hasn’t only been about Wikileaks. Donald Trump, Digong, Alec Baldwin, and Kim Jong-Un are just some of the big-name characters that I’ve tackled on my blog. I’ve also dealt with Qantas, the Egyptian revolution, and The Simpsons, to name a few.

In sum, Mot Juste is a melting pot of my likes, knowledge, and portfolio. The first one hundred and fifty posts seem like a blur, but each one of them matters.