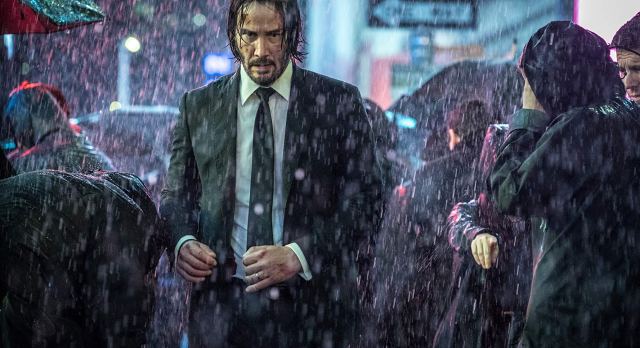 This weekend David and I saw John Wick 3 at the cinemas. My other movie buddy was exploring the sights of Europe. I’ve been hearing a lot of good things about the sequel. Indeed it ticked all the boxes: a commercial, critical, and audience success. I was tossing between Detective Pikachu and Parabellum. What ultimately tipped the scales towards the latter was how it debuted at number one at the North American box office, unseating Avengers: Endgame. This was something that Pikachu wasn’t able to pull off.

The premise of the movie was another main drawcard for me. The picture could’ve been titled John Wick v the twerps, given the film’s plot. Towards the end of the second instalment, John Wick was rendered as ‘excomunicado’ after eliminating a member of the High Table. Here we find out that he has a $14 ‘billion’ bounty on his head. From the start, he has his work cut out for him, pitted against man-mountain Boban Marjanovic. While looking for help, he is met with constant adversity along the way, which the massive reward no doubt fuels. This episode had the feel of The Fugitive starring Harrison Ford, except Wick’s pursuers went well beyond the bureau. Furthermore, this third chapter reminded me of another Keanu film, Street Kings. He was basically a one-man killing machine there, usurping the system and taking out the trash. 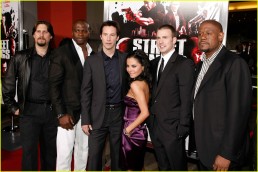 He exhibits his fighting skills and gains the help of a few Good Samaritans along the way. There are several vehicle chase scenes, including a killer bike standoff where Wick tries to outclass six samurais. Johnathan is a fighter and gamely takes them on, whether riding on horseback, on a bike, or atop buildings. All through the movie Johnathan is a battered wreck, bloodied and knackered. ‘All this for a dog?’ ‘It’s not just any dog,’ he responds. The plot is very unrealistic as a bruised fighter cannot merely flick the switch and pulverise his opponents. Yet that’s the magic of cinema: we get to enter a realm where that’s not only possible, but the status quo. He is Lazarus reborn, an aberration whose only certainty is rising from the dead. Meanwhile, I also observed that this was a bit more humorous than its predecessors, with Lawrence Fishburne supplying most of the laughs. The fight scenes, while intense, also supplied some chuckles. In some ways, this outing reminded me of Jackie Chan’s action comedies.

The critics consensus states that the film is brilliantly choreographed, and I couldn’t agree more. From the action sequences, to the theatre moments, from outdoor scenes to indoor pieces, the flick’s landscape is indeed well-made. In particular, there is a desert chapter where John wanders while on his last legs. The angles were beautifully shot and was made for the big screen. The Continental Hotel, a main battleground for most of the feature, also had those deceptive glassworks that was a sight to behold. The inclusion of various languages also adds colour. Javanese and Belarussian conversations breathe new life into this instalment.

Parabellum could be graphic at times, especially the nail scene involving an overworked ballerina. The latter’s suffering, though of brief screen time, proves that the director is willing to incorporate heavy issues into his work. There is also (another) dog scene where a guy kills Harry Berry’s canine. This turns into all-out war, and a reminder not to mess with man’s best friend. I found the movie to be about 55 percent action. From the trailer, I had expected it to be a bigger action flick. Keanu Reeves has now been part of two game-changing film franchises, The Matrix and John Wick. The latter series has re-established him as an enviable action star in spite his being middle aged. 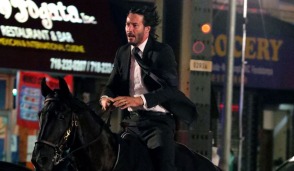 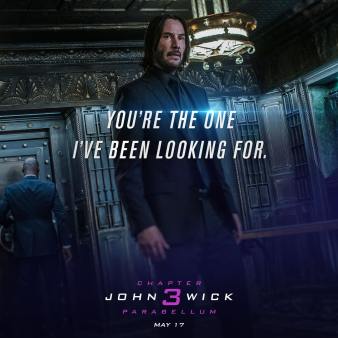 Before, I ended my viewing of John Wick 2 feeling disappointed. This was the case more so since I saw it in VMAX. Oddly enough and almost exactly two years later, I suspected that this production would leave me feeling the same way. Yes, it was clearly an overrated picture. Yes, I was disappointed. However, I didn’t go in expecting to see an Oscar Best Picture nominee. My friend said it was ‘okay’, a valid point. He called Hotel Mumbai and Avengers good, so he is perceptive about deserving movies. Still, all things considered, Parabellum was worth a watch; too good that they might even consider a future addition. You must note though that the franchise peaked at the original and went downhill from there. The critics and audiences may both beg to differ but I must stress that I’m not too sure about those glowing reviews.